You can download all essential Google Apps APK files to get Play Store installed on your Xiaomi phone running MIUI Android 9.0 Pie.

Xiaomi is a well-known phone maker. It becomes more and more popular recently especially after the IPO. The company even rolled out Redmi as its sub-brand.

Its popularity gains millions users and has managed to acquire thousands Mi Fans around the globe. Some of them even become die hard Mi Fans.

Xiaomi is a technology company based in Beijing China. Most of its innovations start there. Every new device release also held in China. Global release usually comes few weeks or a month later.

The company ships Android devices to countries in South East Asia, India and Middle East, Russia, as well as Europe.

However, some die-hard Mi Fans are just so freaking fanatic. Some of them are so eager to hand on newest Xiaomi device. Importing the device directly from China is the answer.

There is one drawback on a Xiaomi device bought directly from China. It runs the Chinese build of MIUI ROM. It’s not entirely wrong though.

MIUI China Stable version is similar to its Global version except for two things at least. First, it has only two language options which are Chinese and English. Second, it comes with no Google Play Store.

Many people can live with English ignoring their local languages. The second drawback, however, comes in different situation.

The absence of Play Store is like driving a Ferrari without a steering wheel. 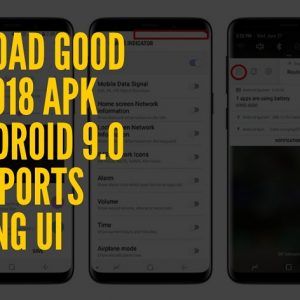 Of course you can visit sites like ApkMirror.com and grab the APK files of apps or games you want. This method is not convenient.

Xiaomi provided Google Apps Installer app for those having Chinese-based MIUI device. Recently, many users have reported that the app no longer works as expected.

Users are seeking alternative to the ultimate goal, installing Google Play Store. This one below can be the answer.

Xiaomi basically plants all essentials Google services within MIUI China ROM. These services are not activated by default. Hence, installing Play Store app will eventually call those services on demand.

You can download Google Play Store app APK file down below:

Note: You can simply install Play Store without having to install its services dependencies on the most recent MIUI China ROM.

Installing Play Store app alone does not work on your device? Then you’ll need to install all essential Google Apps services prior to installing the Play Store itself.

Simply install the APK file one by one in order from 1 to 6.

Once all installed, go to Settings >> Manage apps >> Google Contacts / Calendar Sync. Enable Autostart and give all possible permissions such as write and read permissions over your contacts / calendar events. Finally, you have to restart your phone to apply changes.

Beware: Use it only on MIUI devices powered with 64-bit chipset.