YouTube TV: Live TV & more. Cable-free live TV. No cable box required. Watch major broadcast and cable networks, including ABC, CBS, FOX, NBC, NFL Network, ESPN, AMC, Univision, HGTV, TNT and more, including your local news and sports channels. Watch on your smartphone, tablet, computer, smart TV, or game console, and on your big. Then, transfer your downloaded APK file to any external USB flash drive, plug it on to your smart TV, and install it like you would any mobile app on your smartphone. When you first open the app, you can choose from four devices/resolutions options: 1080 Main, 1080 Alt, 4K Main, and 4K Alt. Choose the one that works for you, and you can tick.

Tried it out and liked it. Wasn’t sure how it would be going from a satellite tv system to You Tube but I don’t notice any big differences except a lower monthly bill and not having to call constantly with problems. Not real happy with the volume blowing me out of the room when commercials come on. Wish they would fix that. I like watching some of the VODs but have noticed that when a commercial comes on it frequently goes in the streaming circle mode and won’t resume my program. Can’t wait for some other channels to get on board, we’ll see. Overall happy with my choice to switch over to You Tube TV😃
Still waiting for more channels. Not a lot more just a few more. Really I don’t know how much longer I can take the high jump in volume when the ads come on. I get it, you want me to know there is an ad on. Ugh😫

Used to be great, now freezing a lot

I don’t understand why this keeps happening on my iPad, but this app always worked great until a few months (and a few updates) ago when the video would start freezing but the sound keeps going. Then sometimes everything freezes with the buffering spinner going, or often the show will skip around and it will take you back 20 minutes or so in the show ... sometimes just the picture and the sound is up to date, sometimes both the sound and the picture skip backward. I have very fast internet and sometimes I try to make sure it’s not my WiFi so I switch to Verizon ... doesn’t fix the issue. The only way to get it back to normal is to close the app and reopen it. But it will inevitably happen again. I have only noticed it during live programming, and it only happens when watching one show for while, maybe 5 to 10 minutes or more without changing the show/channel. I am not having this issue on my Apple TV, my desktop iMac using Chrome or Safari, and I haven’t noticed it on my iPhone either, but I don’t use that to watch TV as much as the other devices. Please fix it, because I love the service and the freedom I get by being able to have my iPad be my portable TV all over the house as I am getting things done around the house, sitting on the back porch, etc. I did try to hard restart my iPad as well, that hasn’t helped the problem at all. PLEASE FIX THIS! IT IS DRIVING ME NUTS!!!

I was hoping this app would suffice to replace my standard cable television, but unfortunately, I can’t watch an entire episode of anything without a video-killing bug ruining the whole thing. Specifically, about 3/4 of the way through a television series episode, the video glitches and odd things begin to happen: the audio track jumps to the beginning of the episode, the video freezes for a moment and then continues to play under the audio from the beginning. And then the advertisements! Oh goodness! For $50/month, I would expect fewer ads, but there they are every 10 minutes: 2 to 3 ads at a time. And guess what? When you have to close and re-open the app to find your place in the episode you were watching, EVERY. SINGLE. TIME. You try to track through to the spot where you left off. The episode starts to play, and then a series of ads immediately kicks in. Missed your spot? More ads. It is infuriating and app breaking. I am using a first-generation iPad Pro, for what it’s worth.

The developer, Google LLC, indicated that the app’s privacy practices may include handling of data as described below. For more information, see the developer’s privacy policy. 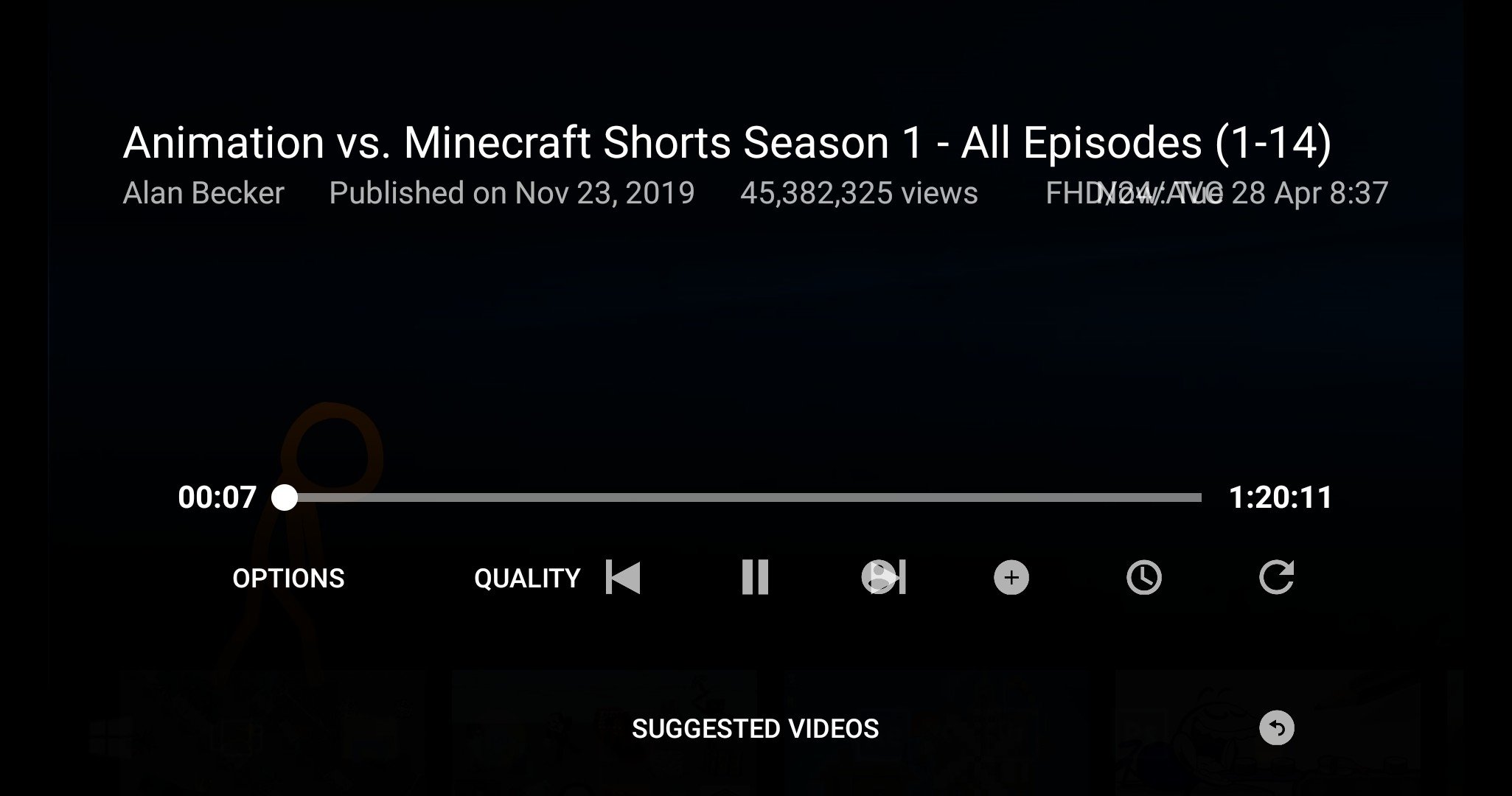